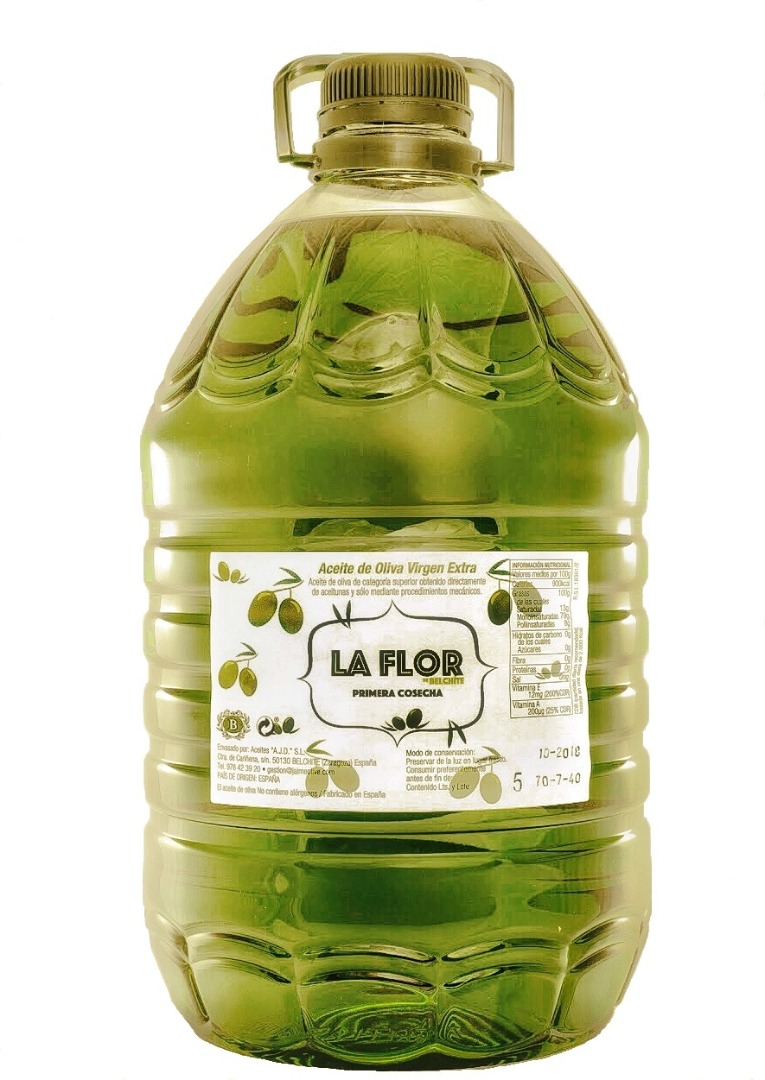 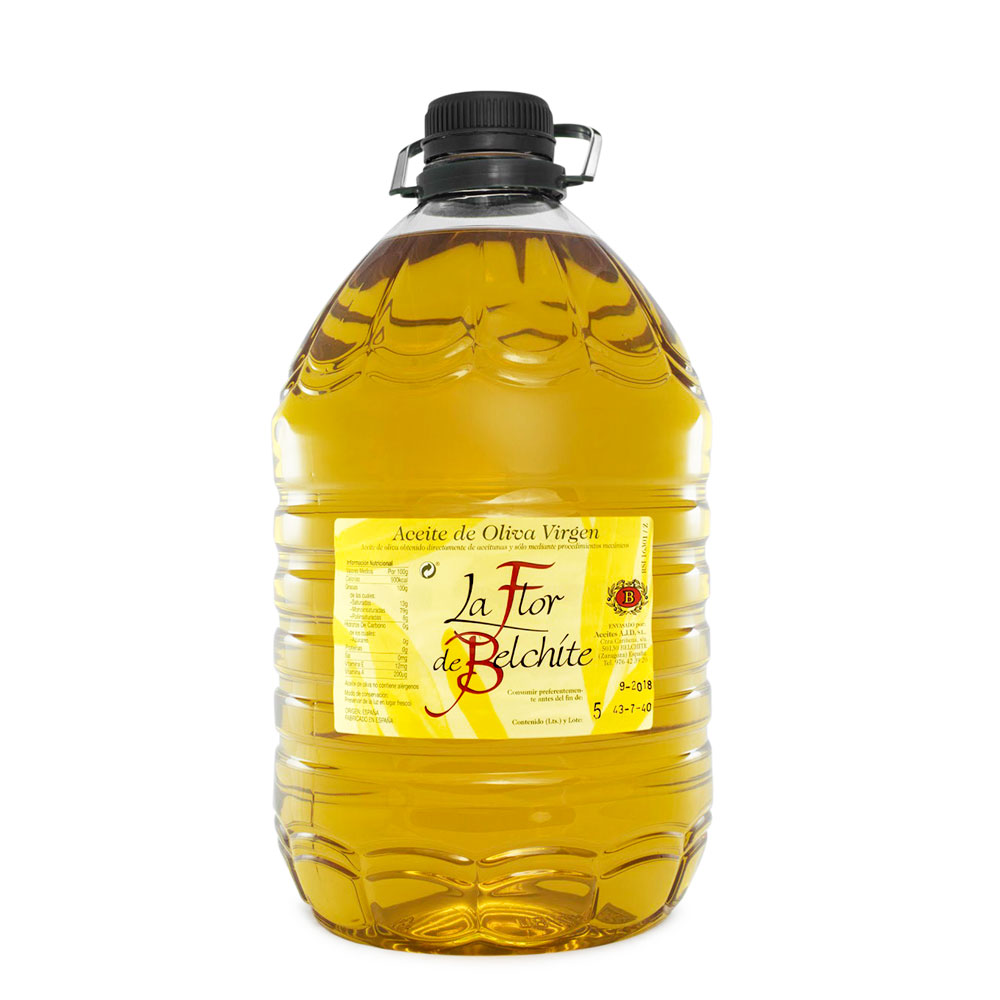 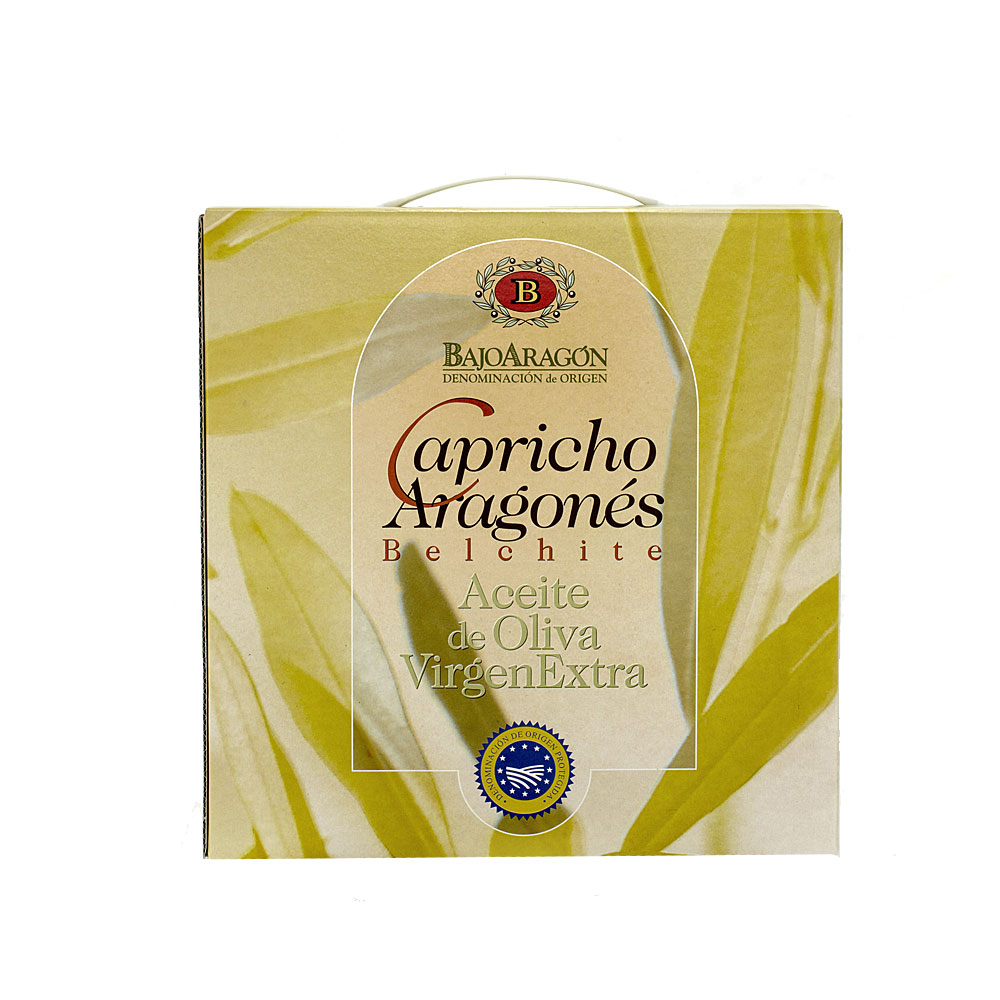 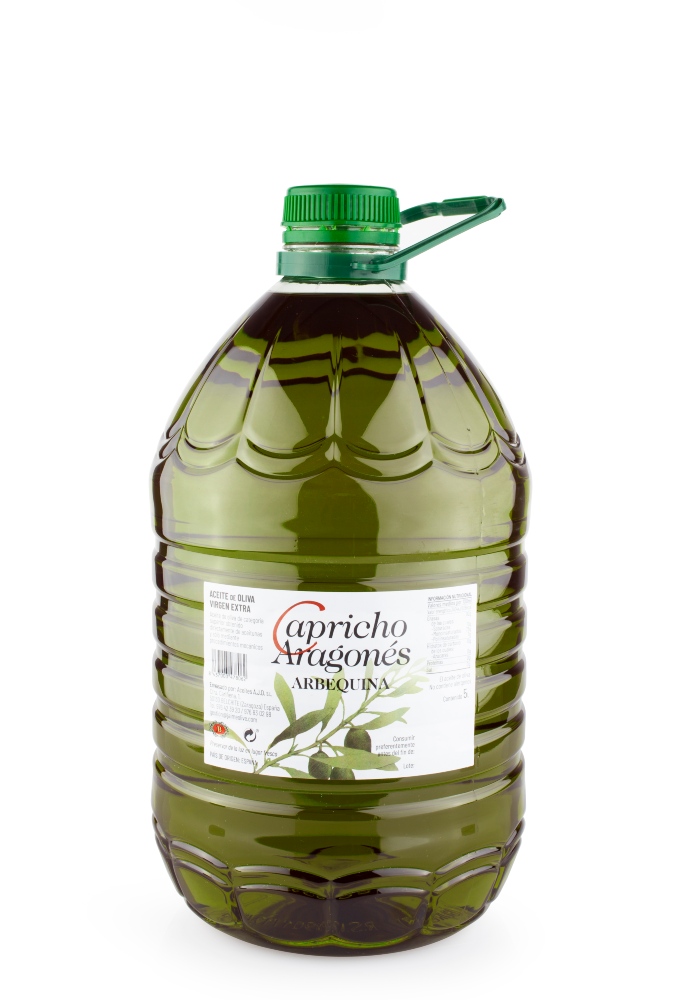 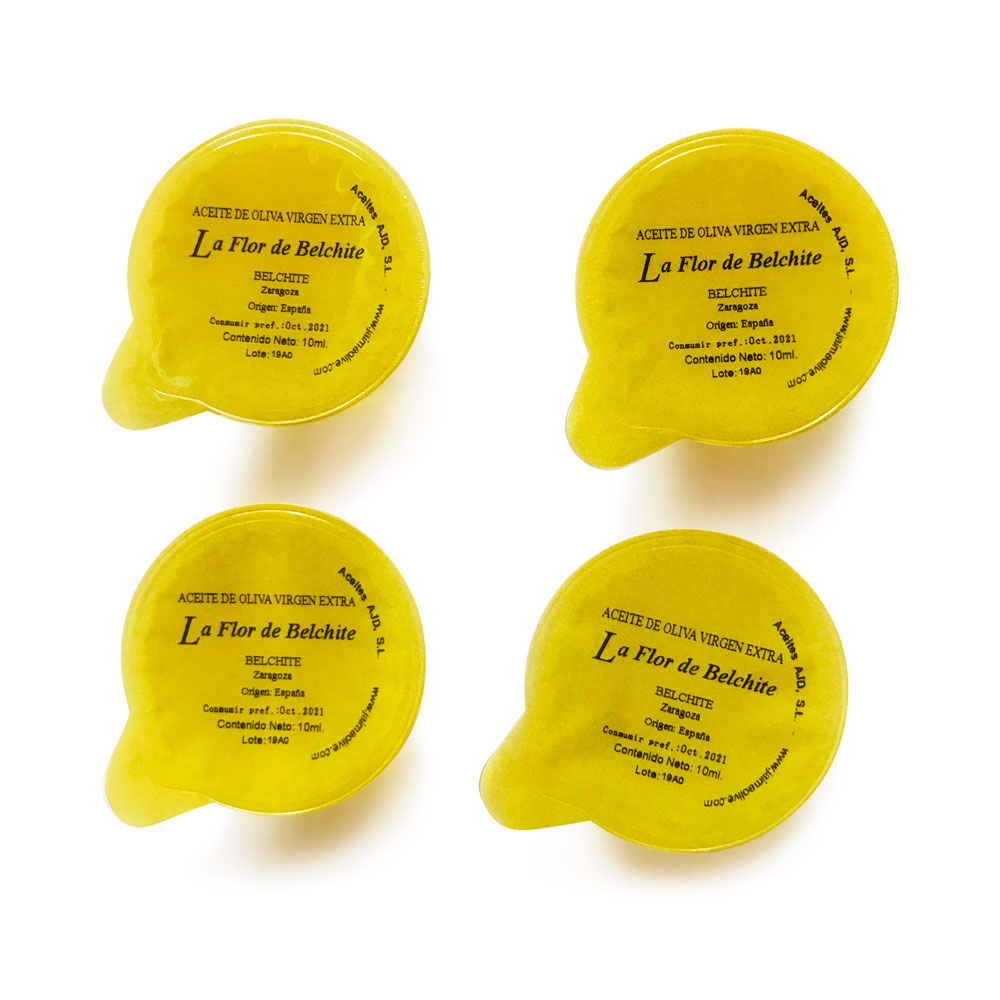 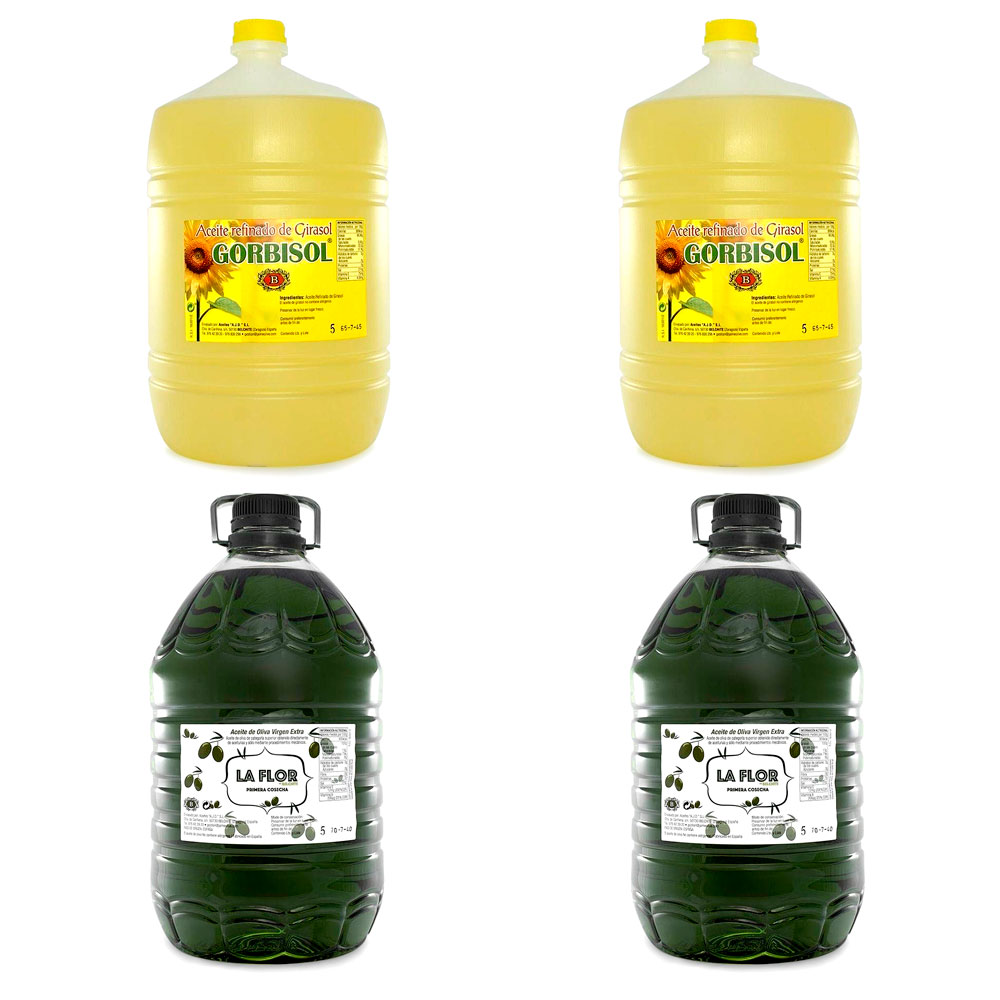 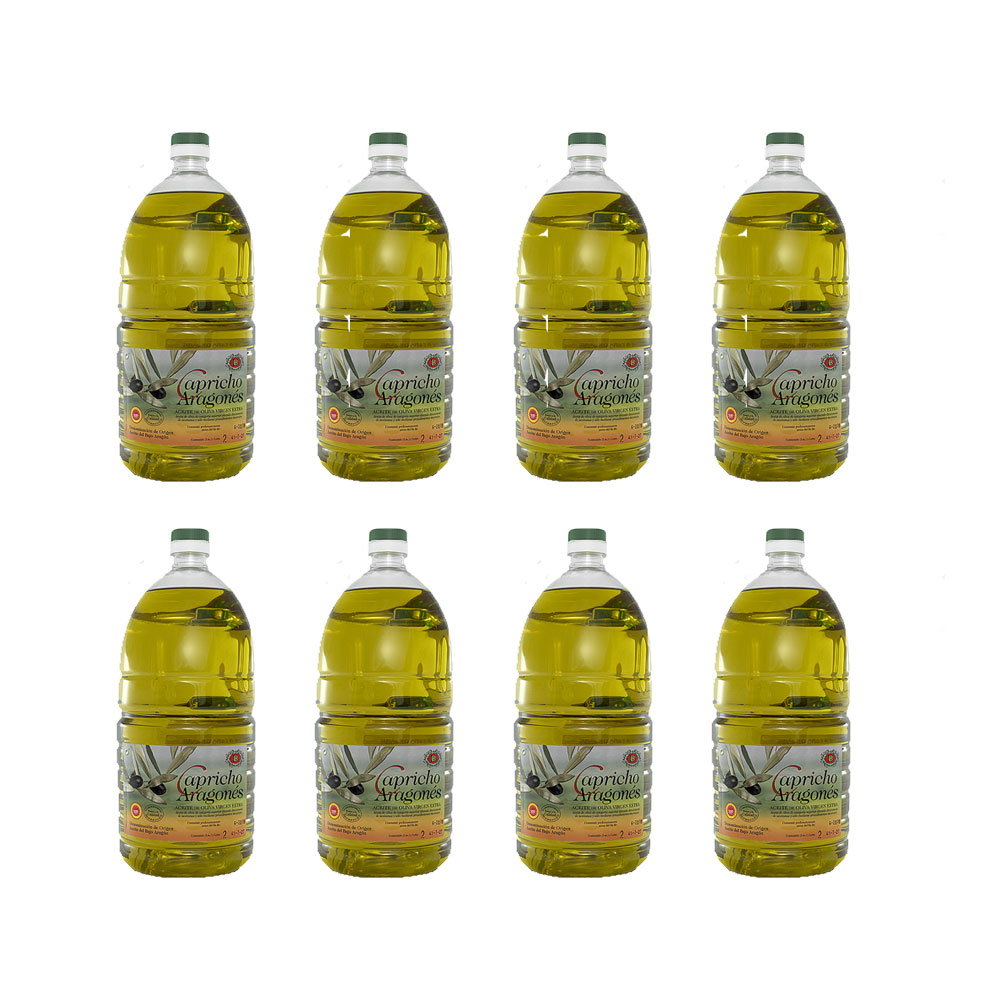 Box with 8 bottles of 2 litres of Aragonese olive oil 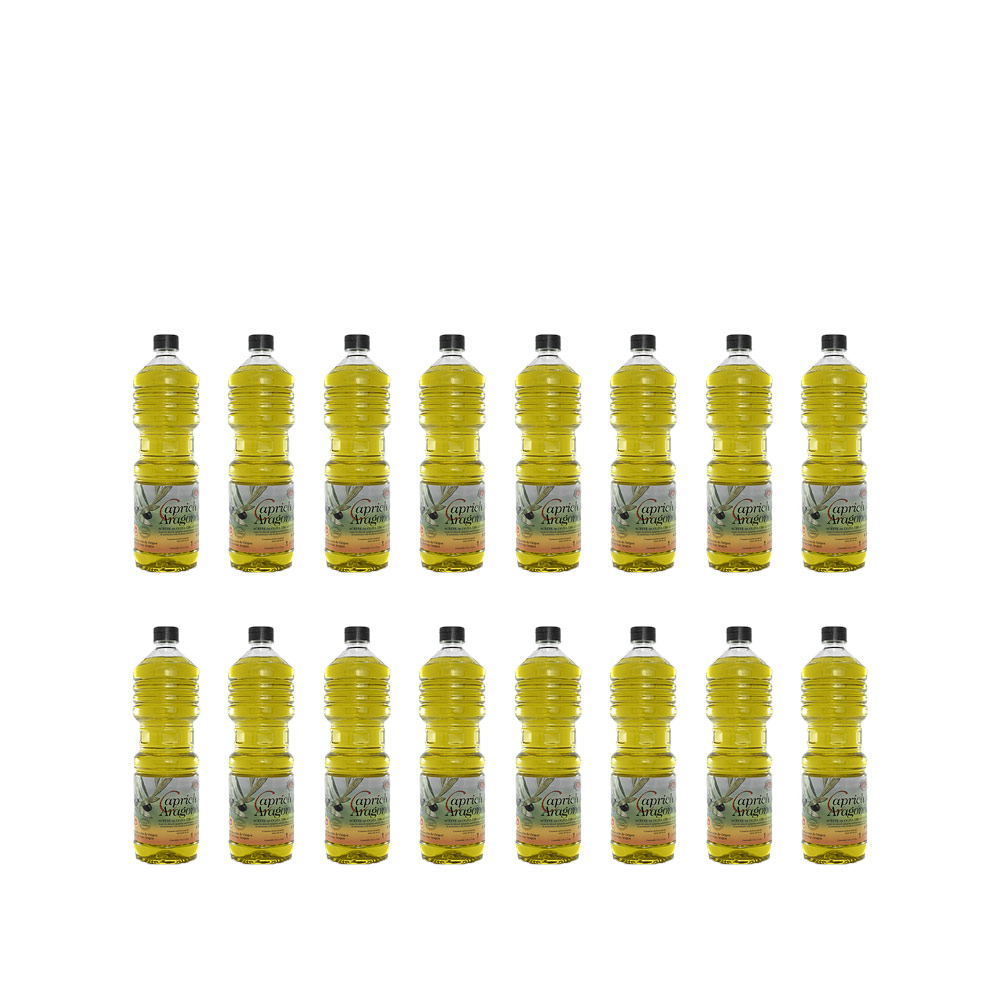 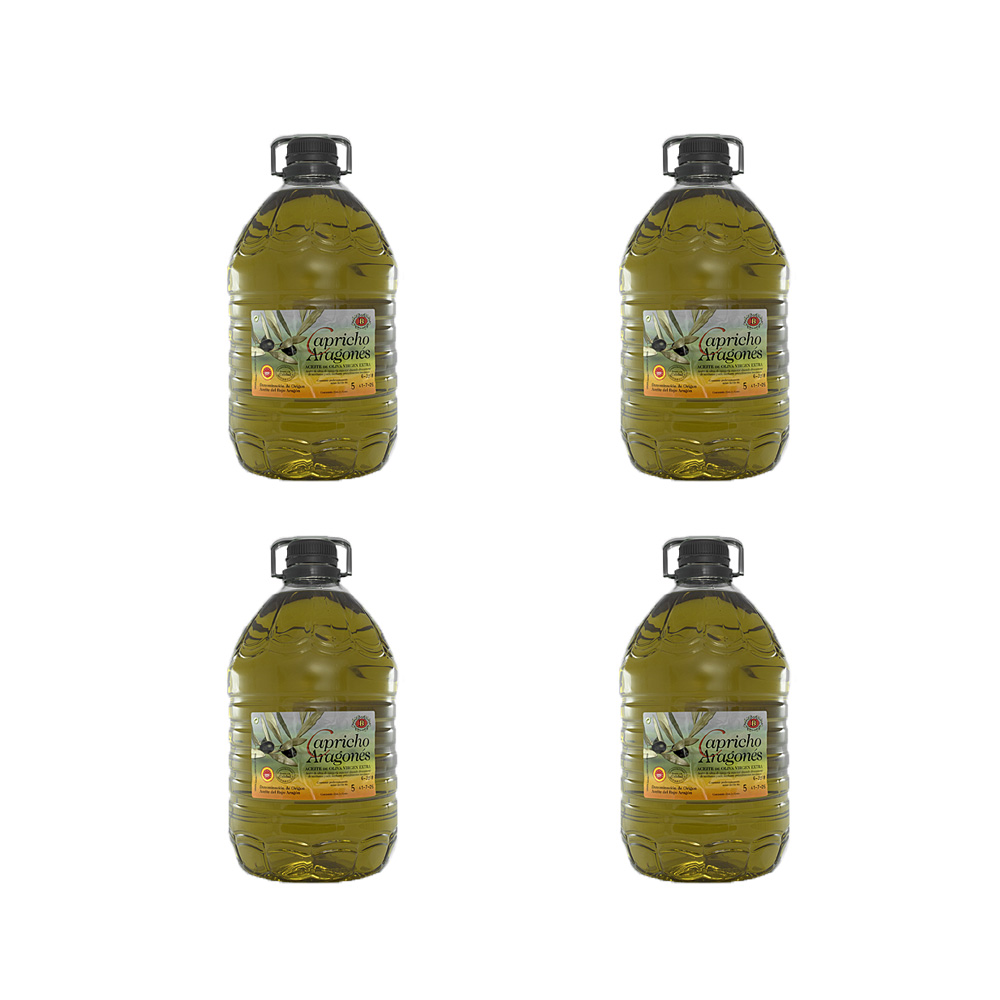 The or #237&<3>;genes of Almazara de Jaime go back to the #241 a&<3> <8>;or 1879 in the place called "Molino de Galindo", next to the Church of San Agustín in the Old Village of Belchite. This old mill, which was supplied energía with the jump of the main ditch called "Becu" begins to operate. After #233;s of the war, begins a new constructionón and adaptation #243;n of extractionón of the oil, where 25 people worked in the shift of día and night, being at that time, being at that time, the largest industry in the region of Belchite; operating in addition to #225;s of olive oil milling, such as fábrica of soaps until añ or 1960. From this date the extraction of #243 olive oil is machined by installing new modern má machinery such as washing machine, hammer mill, blender, automotive weighing ático. In the año 2012 the facilities were modernized while preserving.

They are #237;ces histórich and in turn artisanal do not make us forget the afán that we pursue to be an AOVE of exceptional quality, único, Capricho Aragonés, today recognized with más 15 international awards whose continued intake is nutritious and cardiohealthy, main ingredient of the mediterranean diet ánea. Registered within the PDO Oil of Lower Aragón produces, today in día, an oil with olives of the variety Empeltre, Alberquina and Royal from Campo de Belchite (Zaragoza) and an olive grove that is an environmental jewel of the first order.

The quality and excellence is our goal, as is the nearby raw material and the ráask for grindingón, key to obtaining a fresh and quality OVE.

Almazara de Jaime is a fábrica of extra virgin olive oil, Capricho Aragonés and La Flor de Belchite first harvest are its best AOVE, we want you to know an AOVE of the best OVE of the national scene, we want to reach you, so that you know us.

Almazara de Jaime and its distributor of vegetable oils (Oils AJD) are composed of a multidisciplinary team of 7 people. Además of the 3 brothers Jaime and our dear mother Mari Carmen, help us Juan Carlos, Jose Carlos, Miguel and Santiago.