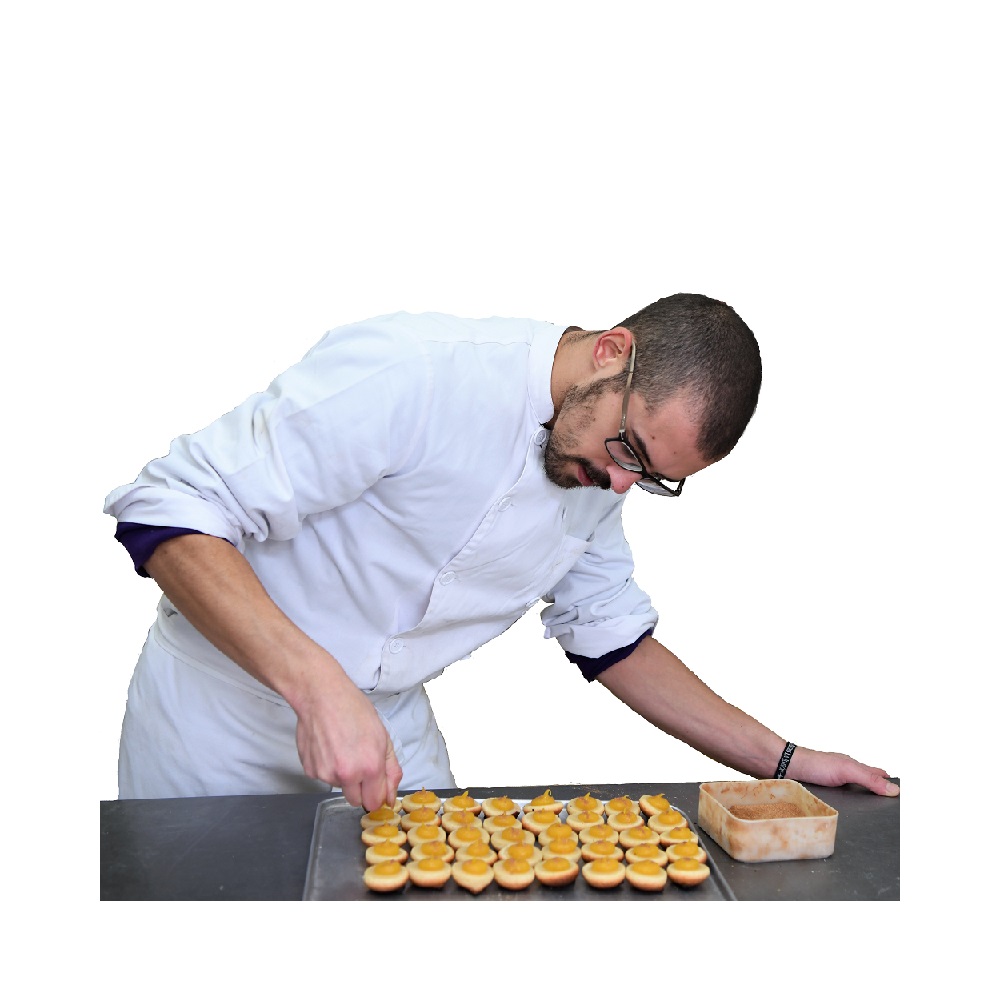 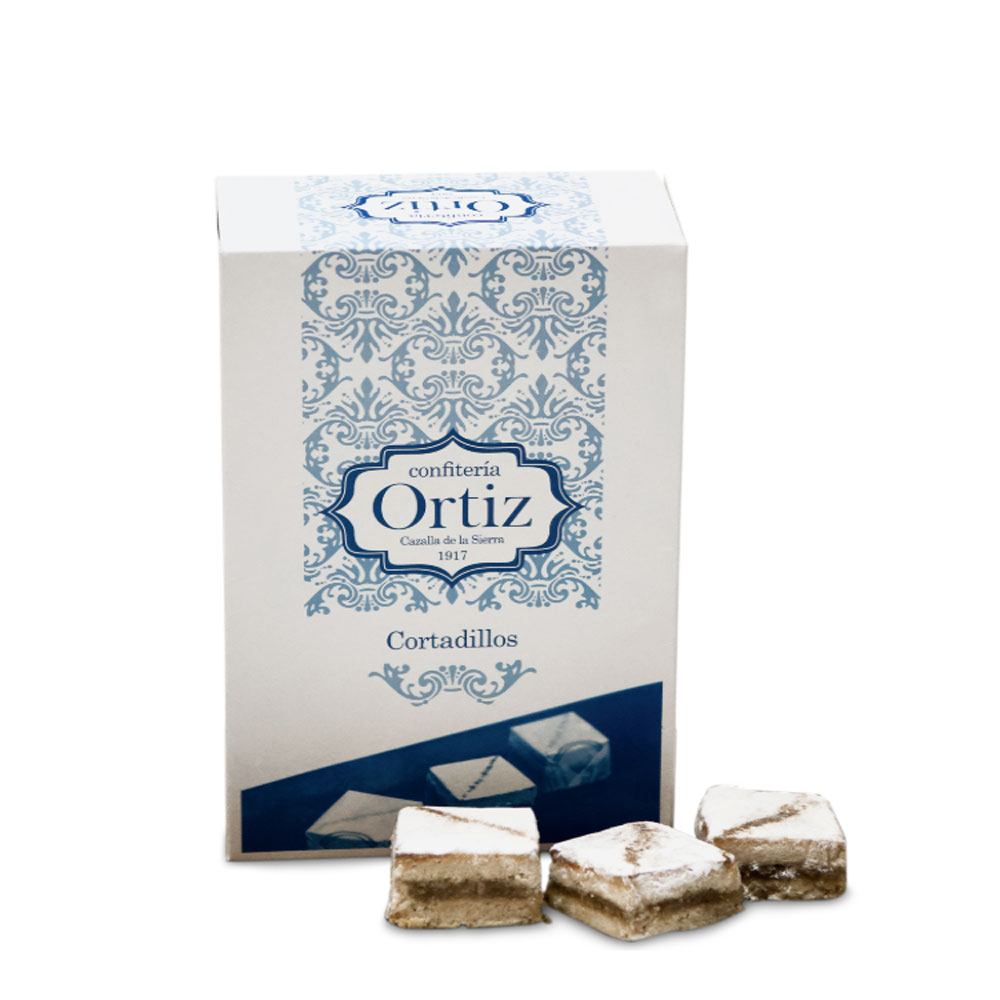 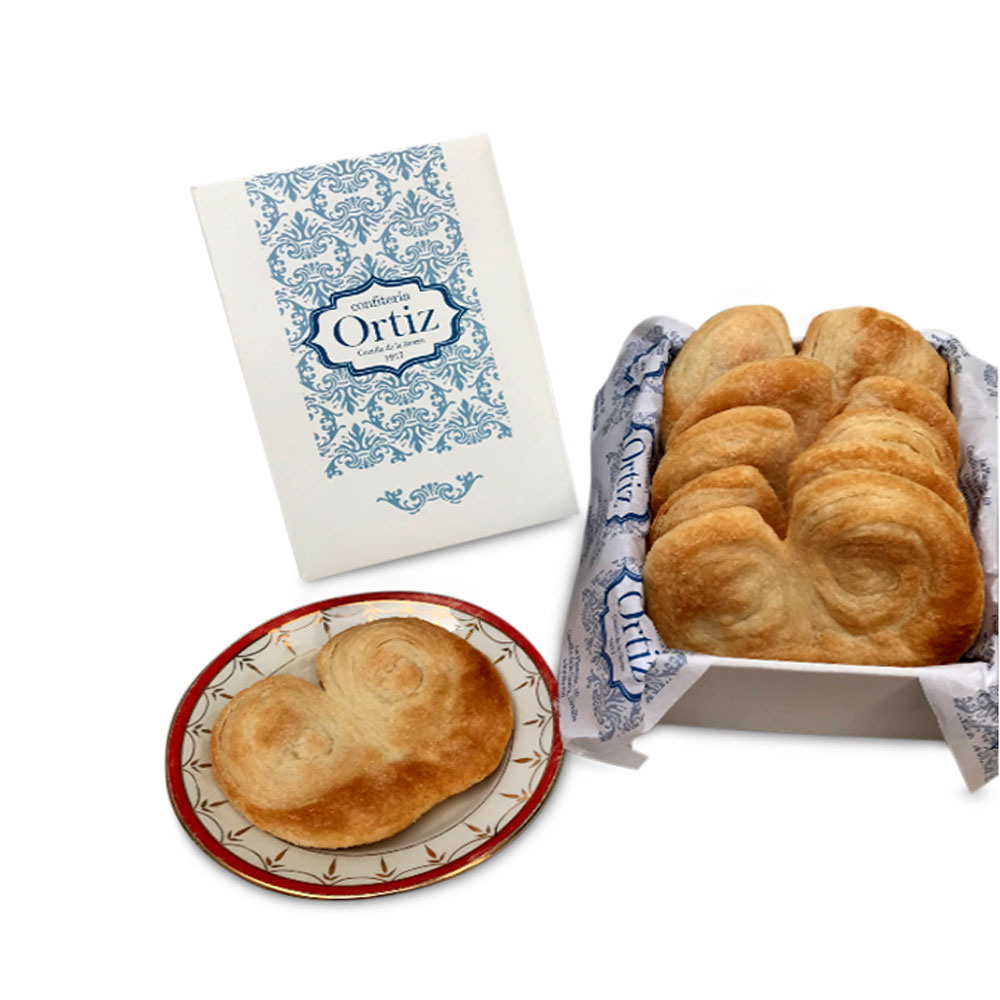 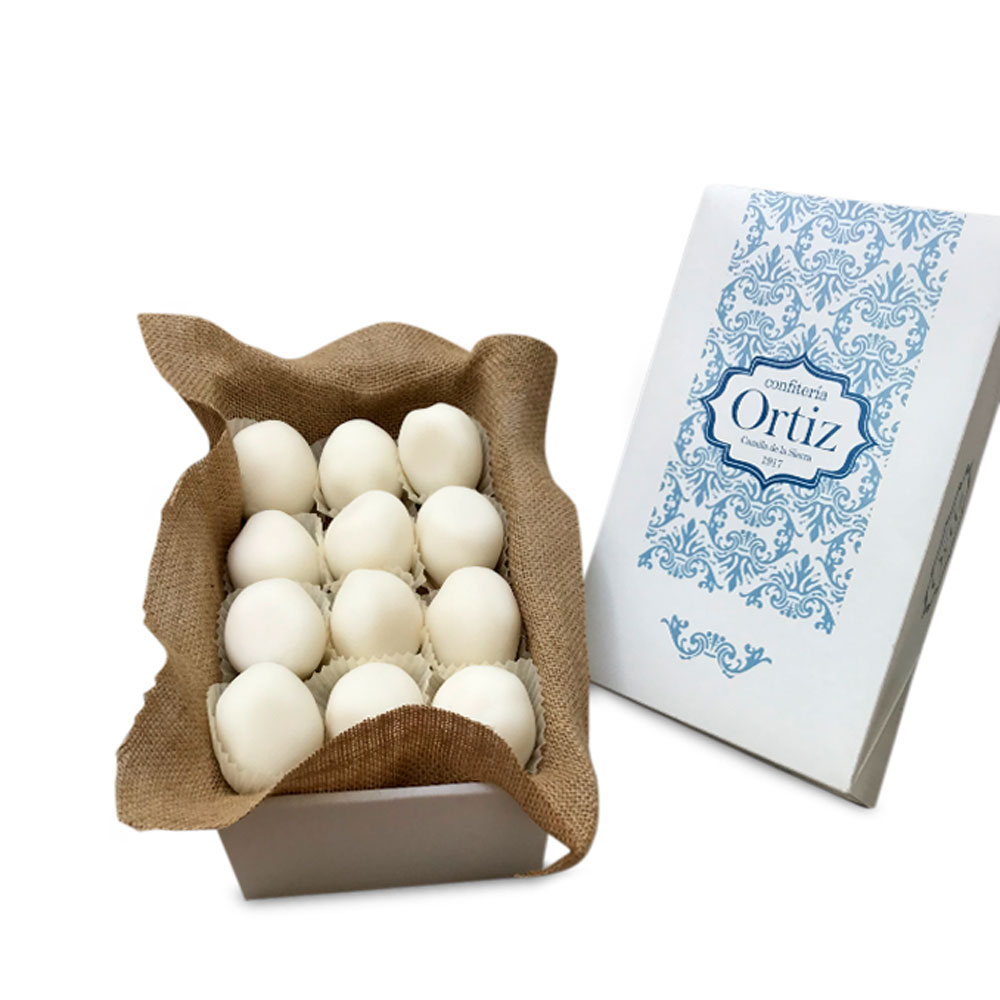 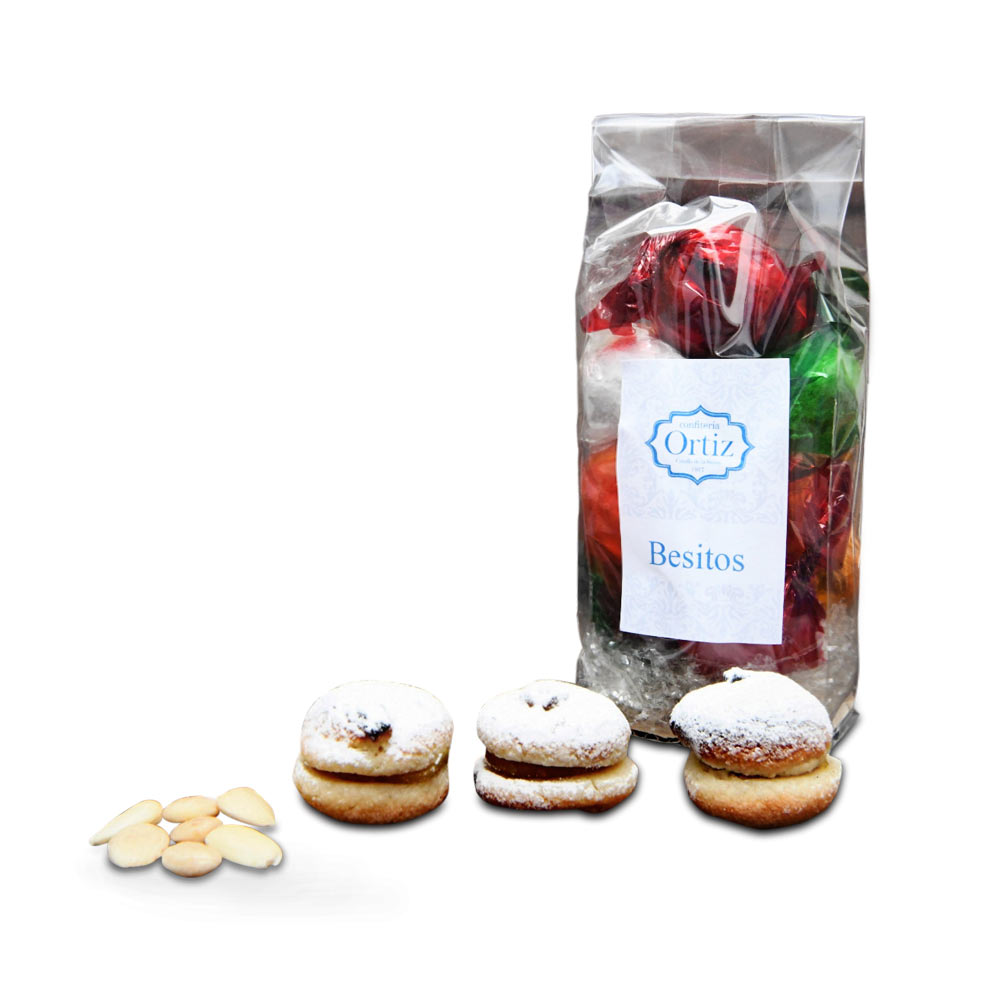 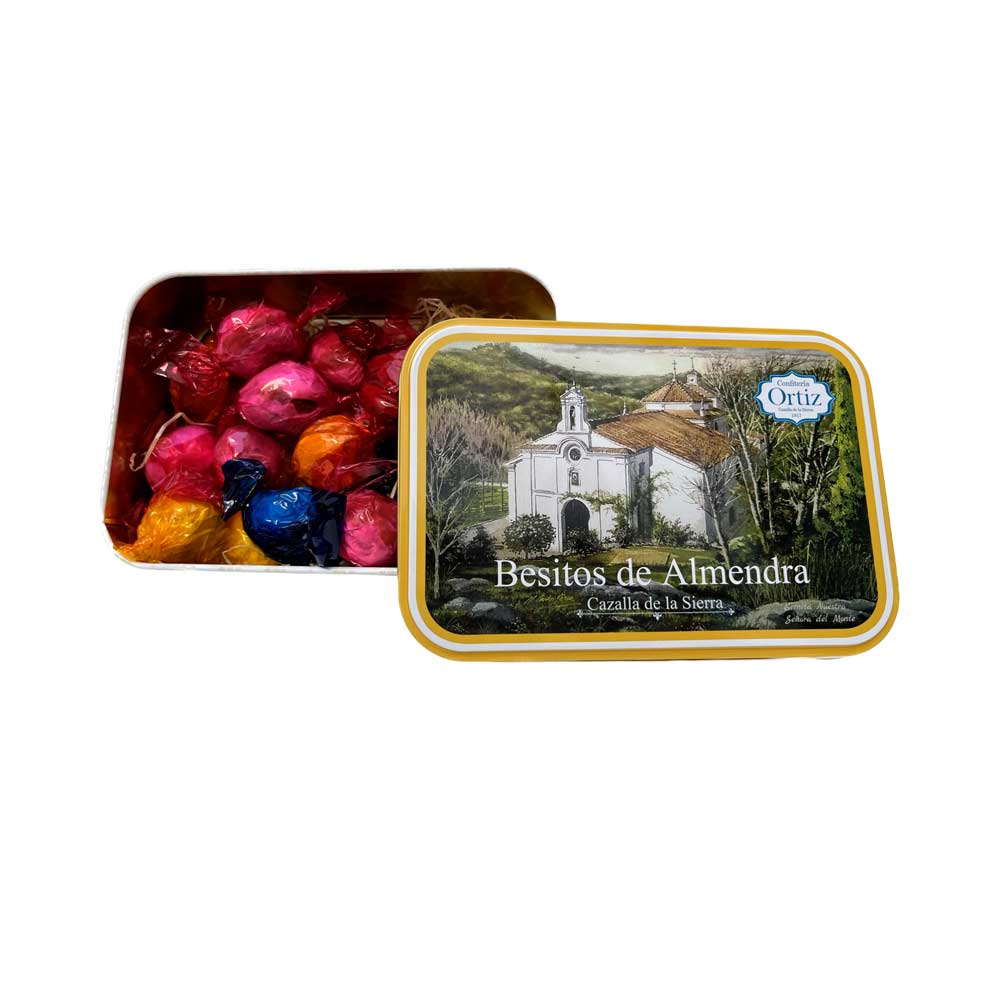 Confitería Ortiz is a century-old family business located in Cazalla de la Sierra. Its products and good work have a great reputation in the Sierra Morena Sevilla.

The history of the Confitería Ortiz begins to forge in the first años of the twentieth century by Manuel Otero Moreno and his son-in-law, Antonio Ortiz Torres-Pardo. It is worth noting from this élittle the work with Manuel Otero of his wife, Consuelo Vázquez Rosado, renowned pastry chef whose specialty, pestiños, tenían fame in the province. Among the customers of the época were the célebres hermanos Álvarez Quintero, whose orders of pestiñyou were sent to Utrera. During the déeach of the años 20 of the last century, some of the specialties that today día remain the recognized más of the confitería, such as tongues, sultanas, glories, dust cakes and #243 or med cutters. It also #233 corresponds to this élittle of the main creations of these master pastry chefs, almond kisses, product of enormous #243;n among the TDs / as. #241 The confitería was gaining increasing fame given the good work of confite masters. Cakes, marzipans, alfajores, ice creams and candies were the delight of the tankers and frequent were the commissions of the élittle personalities from all over España, among which were ministers and médicos notable. The three sons of Ortiz Torres-Pardo, Antonio, Manolo and Quini, who together with their father, continued to translate the family from the aó #241;o 1945. These were hard working times and the family of confiteros devoted prácticaly all the #237;a to the #243;n of the products. It is in the early 1950s that another of the most #225 acclaimed creations of the confitería sees the light, the célebres and exquisite Carmelas. For the events of the élittle were fashioned half nights, soft and riquísimo bun that was filled with all kinds of delicacies. Start working on this élittle that becomesá by many años on the dependant of the confitería, Amadora Guillén. In the años 60, the became very popular, being a sweet protagonist in the usual walks that the niños and niñas of the época took through the center of the town. In the déeach of the 70s, the fourth generation, headed by Manuel Ortiz Mateo, #243 joins the confiteros team. During these years#241;os the confitería continúa increasing its popularity by introducing new specialties such as San Marcos, cream sticks or petisús. In this day#233;every Carmela acquires the fame that #250;n today retain.

You may know más about our centuries-old history at: www.confiteriaortiz.com/tradicion

In Confitería Ortiz, all kinds of sweets are handcrafted, mainly pastelería fina and bollería clásica.

The preparations with puff pastry, meringue, pastry cream and cakes stand out among our products, all made according to #250;n the original recipes of the master confiteros who have passed through our confitería. Técnicas such as sollamar (light roasting) or funutir (mix yolk and egg in the proportion #243 exact #233;rminos like meringue having “face” give an idea of the tradición that is breathed in our workman.

The business is currently in the hands of the 5á #170; generaón of family confiteros under the company Herederos de Manuel Ortiz Mateo, C.B. Our business workforce ranges from 5-10 #241 workers to 5-10 workers .
José Cuadrado Granados